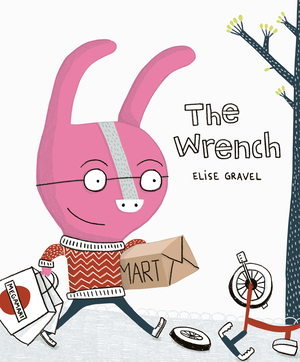 The Wrench is a fun and quirky book that can encourage discussions about needs vs wants, the environmental and social risks of overconsumption, and the influence of advertising and sales tactics. The French version of this book, La clé à molette, won the 2012 Governor General’s award for Children’s Literature—Illustration, French titles. Elise is well known for her distinct art and books, which include the Olga series (HarperCollins), The Cranky Ballerina (HarperCollins), The Disgusting Critters series (Tundra) and A Potato on a Bike (Orca).
Plus du même auteur
Plus de la même catégorie
X